April 25, 2017
El Camino Francés, A.K.A. the French Way starts in the French town of Saint Jean Pied de Port (which means: Saint John at the foot of the mountain pass), and then almost immediately crosses the Spanish border in the Pyrenees, and then goes on to Santiago de Compostela. It’s name is ’French Way’, because this is the way the French pilgrims used to get to Santiago (and the Portuguese Way is called so, because that was the one used by the Portuguese pilgrims).

The length of the French Way is 800 kilometres (=497 miles) altogether, to which we can add an extra 90 kilometres (56 miles) if we go down to the ocean (that’s about three more days of hiking). Of course, you don’t have to walk the whole way in one piece. You can divide it into smaller sections and just do one section of the hike during your holiday, or you can start your trip somewhere closer to Santiago. However, I decided to walk the whole French Way. Saint Jean is quite far from Budapest, where I live now (it would be about 2.100 kilometres(=1300 miles) by car), which means getting to the starting point is a lot of time, and a lot of money, unless you decide to get there hitchhiking – or on foot.

Of course, I started looking up cheap budget european flights first. WizzAir (one of the cheapest in Europe) didn’t have a flight to Paris, and it would’ve been difficult to organize my trip from Nice to Saint Jean, so I also checked Ryanair and EasyJet (The two main competitors of WizzAir in budget flights). Ryanair turned out to be the best solution for me, because at that moment their price was lower: 50Euros/USD  plus 30 for the baggage (on budget flights you have to pay for the baggages), seat reservation and priority boarding altogether. The latter two weren’t so important, but the difference between this price, and that of the baggage check-in only wasn’t significant, so I decided that I can afford a little comfort for the last time in the next few weeks.

My flight arrives at the Beauvais airport at 9am, which is North of Paris. If you fly from the USA, it could be Charles DeGaulle) It’s not too close, as it will take about 2.5 hours for me to get to the city centre, to Montparnasse train station. I still need to check if there is a cheap airport transfer – in that case, I wouldn’t have to change three times and the overall travelling time would be an hour less. (Update: I found one for 15 Euros, so this one is also solved.) 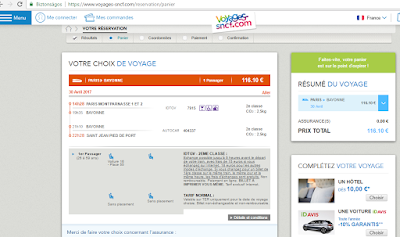 The world-famous fast TGV train leaves around half past twelve in the afternoon, and arrives in Bayonne at half past five. This is the closest city to Saint Jean Pied de Port, and it will take about another 1.5 hours to get to my final destination. The train ride is about 700 km, and costs 116 Euros (You can book yours HERE) I’m really happy with this solution, because it means I’ll have some time to spend in Paris, and I won’t have to spend the night in the city, waiting for the morning train. I have read about it in more blogs, and I was quite scared, because the price of the accommodation in the capital costs a fortune, and the other option – spending the night at the railway station – is a horrible experience, because the security staff sends everyone out at midnight, and the station re-opens only in the early morning. All in all, I’ll travel a lot during one day, but hopefully I’ll have some time to rest during the long train ride. 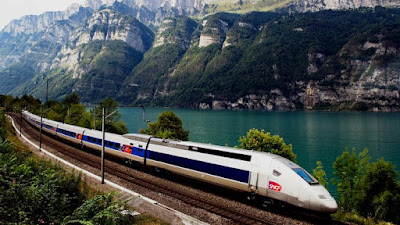 Obviously, I’ll continue my trip on foot till Santiago, and then on to Fisterra at the ocean shore – if my legs and my time allow then still on foot, otherwise I’ll take a bus there. I’m still looking for solutions for my way back, but most probably I’ll take another Ryanair flight from Barcelona to Budapest. I’ll take a domestic flight to Barcelona, since Santiago has an airport, too. The Santiago-Barcelona RyanAir flight costs 25-35 Euros (plus baggage, which is about the same) at the moment, which is nothing compared to the 116 Euro train ride.

The airport transfer costs 5 Euros, and leaves the city centre every 30 minutes. The transfer in Barcelona is 12 Euros. All these can be booked on the Ryanair website along with the flight tickets.

From this point on, the Barcelona-Budapest flight costs 50 Euros right now, but I’ll have to find out the right time for the flight, as changing the reservations is not really easy with cheap flights. Right now, I guess, I’ll arrive in Barcelona on the 3rd of June, and I’ll take the Budapest flight in the evening on the 4th of June. Hopefully, I’ll have one day to take a look around in the city.

The other thing that’s vital for a really carefree trip is a good travel insurance. Once again: a GOOD one. I’ve taken a look around on a local website where I live, and found out that the safest offer costs approximately 100Euros/USD for a month.  I wouldn’t buy anything cheaper than that, because once I had an accident abroad and I should have paid way much more for the hospital treatment if my friend Sophia hadn’t convinced me to buy the more expensive insurance. And anything could happen during the Camino, from an ankle sprain to lost luggage, etc. Anyway, I think it isn’t worth the risk to save money on the insurance. 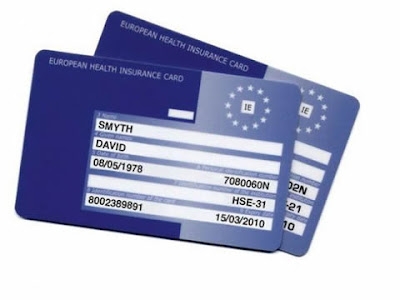 (If you are EU citizen and have an EU card, then you can use spanish national healtcare for free!)

Here’s a summary of the planned travel expenses:

This means that the cheap flight and the insurance only costs almost 500 Euros, and I haven’t even started the trip, I haven’t paid for accommodation and food yet, I haven’t bought any equipment... 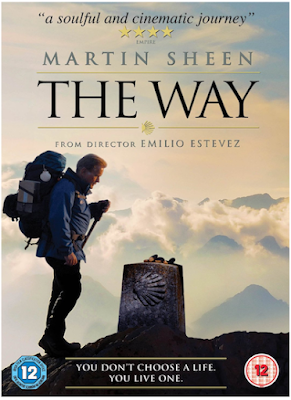 Inspiring movies to watch before the Camino

I’ve seen many of such movies, before I decided to go on El Camino. If you are also interested in the pilgrimage it could be interesting for you to watch some of them too.      The Way (2010) 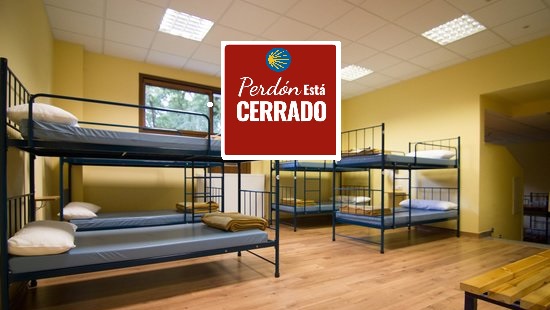 News on the accommodation of the French and the Portuguese Ways, the Primitivo and the Norte in 2020

After Covid-19, The Spanish borders are opening up at the end of June. It also means that the Camino will be available again for international pilgrims, but unfortunately there will be plenty of changes (about which you can read more here), which also entails the decrease of capacity of the albergues. As a consequence, many of the albergues won't even open in 2020 and it is certain that prices will increase. 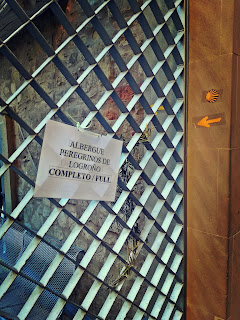 About accomodations - Tips, tricks and some basic rules

You can choose from a wide variety of places to stay on El Camino. Some of them are  cheap, some quite expensive, there are really well equipped ones that resemble hotels, and of course there are many worn out ones. But their prices don’t reflect their quality and their conditions at all. As an example: one of the best places I stayed at cost 5 Euros, whereas I had to pay 22 Euros for the worst. I’ve always hated seeing this sign, because it meant there was no vacancy and I had to keep going. 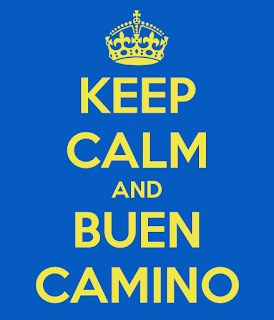 A pilgrim called Lee walked the Camino from Saint Jean Pied de Port to Santiago, then to the Ocean. Many others did the same, but he recorded almost the whole way, so you can virtually walk the whole Camino Frances with him in your livingroom day by day. 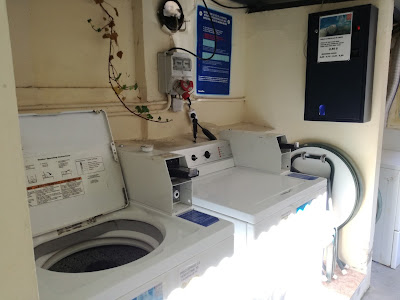 Washing and Drying Your Clothes on El Camino

Tips and Tricks Washing your clothes is a very important point during the Camino, but drying them efficiently is even more so. As I only had three sets of clothes with me, I had to wash them at least every other day. These clothes had to dry even in rainy weather, so that I had something to wear on the way. Here are some tips in connection with that, which can make your life easier.